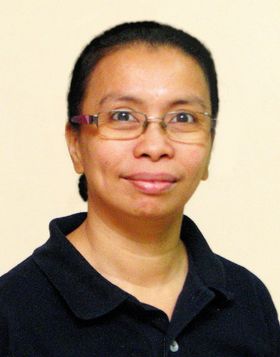 The Day I Decided to Become a Writer

Someone asked me when did I start writing. It took awhile for me to answer because I couldn’t tell an exact date. Okay, let’s rewind… let’s go back to where I started making up stories… back when I was a kid.

You see, I never thought that my ability to make up stories for role-playing with my dolls and playmates would help me become the writer I am now. And creating stories helped me get along with my classmates when out teachers assigned us to make role plays inside the classroom.

And so was writing poems. During my grade and high school days, writing a poem was easy. I remembered writing a long poem about music for the school newspaper. I also remembered making poems using the letters of my classmates’ names, and they appreciated it. But today, I couldn’t even write a haiku or a sonnet. I figured that I’m now more of a writer of prose than a poet.

Writing for the school paper in high school extended until college. No, I did not pass UST’s The Varsitarian qualifying exam. But I did pass the qualifying exam for The Purple Gazette. There was even a time that my stipend doubled because the printed story I wrote did not carry my byline and was full of typographical errors. But I never thought writing stories and articles would be my profession now.

Before graduation, my Filipino professor asked me to write a short story for a textbook for high school students. That was my first published story outside of writing for a school organ. It was unpaid, it didn’t carry my byline, and I didn’t mind. I never thought I could be ghostwriting for someone else that early.

Fast forward a few years after… I enrolled in a Creative Writing workshop in 1998. I already had in mind a story that would become a novel. I entitled it Caduceus, named after the medical insignia. It was about the life working in a hospital, like those medical dramas on TV. Fast forward a bit to 1999… I resigned from my job and joined screenplay writing workshops and the Caduceus novel I had in mind became Sa Likod ng Puting Uniporme, the screenplay. The rest, I should say, was history. So that was the first time I decided to become a writer.

But writing had its ups and downs. I struggled to make both ends meet to support myself. And after giving birth, I stopped.

When my daughter turned one and a half years old, I decided to go back to work, not a writing profession though. Everyone around me said that writing as a profession would not support my family’s needs. So I worked for seven years in the BPO industry. However, something bugged me: a concept I started back in 2002. So I decided to become a writer again, to finish the novel once and for all.

True enough, I did finish Number One Fan and had it published on Foboko and Free-eBooks.net. I started to regain my confidence in writing.

But things turned out differently in 2014 when I accepted a teaching position in an arts and technology school. So I put aside my novel-writing, not totally give up on it since I was able to come up with The Vixens that year. But after a minor operation last June 2015, I decided to take a rest, work at home, and hopefully finish the novel I’m writing.