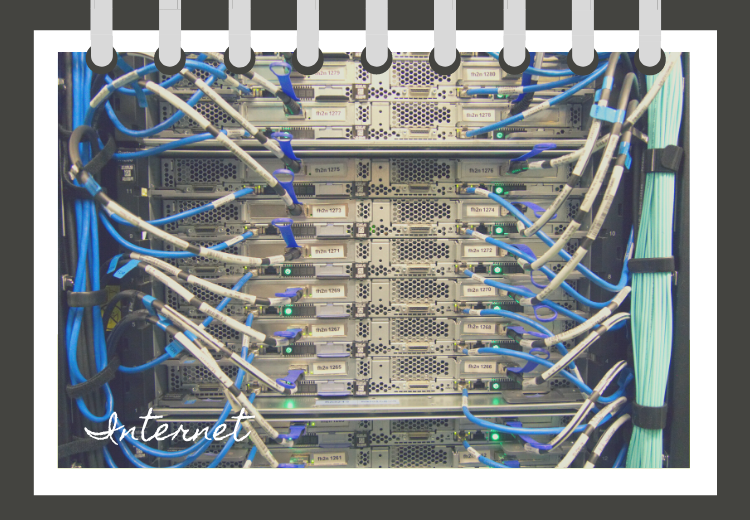 A few days ago, my husband, who is working at night, told me that we didn’t have an Internet connection. So he had to buy a prepaid load at eleven o’clock in the evening to load up our pocket wi-fi so he could get back to work. Fortunately, the next day, our Internet connection became stable.

You see, we are a household that uses the Internet a lot. It’s part of our lifeblood; we couldn’t live without it because it’s part of our livelihood. My husband and I work at home for many years now that we invested not only on computers but also a stable Internet connection.

But before I go on, let me tell you something about how life was without the Internet.

I was born in a generation between the old-school and the technological advancements. Thus, I have experienced both worlds and could live, thrive, and survive without the other. 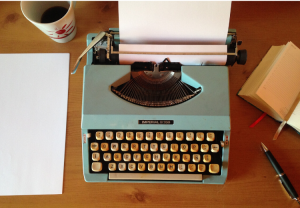 Two years later, I had a computer as my elective subject in fourth year high school (today’s grade 10). For the first time, I learned BASIC computer language. BASIC stands for Beginner’s All-Purpose Symbolic Instruction Code. Back then, a black and white TV could be used as a computer monitor, and a floppy disk measuring 5.25” could contain 360KB of data.

We don’t have a desktop computer at home then. So I still rely on a typewriter for school projects.

Eight years later, during my second college course, we were taught WordStar, Lotus 123, Print Shop, and dBase IV. Floppy disks then were the 5.25” and 3.5” which can store 1.44MB of data. CPUs then do have two floppy disk drives for each type.

Two years later, I was introduced to Windows Office ‘95. It was the first time I saw GUI icons to click that would do away with memorizing keystrokes for commands.

Then the late ‘90s came. For the first time, I was able to use a dial-up Internet connection and had my first email address. At this point, I’m already proficient in MS Word and Excel, plus Adobe Pagemaker.

But I still don’t have a computer at home.

Yes, even though I have an email address and have access to the Internet, I still rely on my typewriter for writing. And if ever it needed to be a computerized copy, I would go to the Internet cafe, rent a computer by the hour, save it on a 3.5” floppy disk, and have it printed on a dot matrix, ink jet, or laser printer all for a fee.

It was only in 2003 when we had a desktop computer at home. The most reliable operating systems then were Windows ‘98 and Windows 2000. Typing became much easier because the keyboard was soft to the touch, there’s no need to move the typewriter carriage to the left as I reach the end of the line, and there’s no more need to feed paper.

Oh, those were the days, my friend.

As time goes by, the Internet has evolved and new technologies have sprung. Today’s Internet is far different from the Internet in the late ‘90s. It’s difficult to identify an aspect of our lives that hasn’t been touched by the Internet. It has become so innovative and so in demand that it has transformed the whole world. So much so that the changes brought by the Internet has caused us to reinvent the way we work.

Recently, three of my blog posts that dealt with working from home were noticed by readers like Nick Porter of BroadbandSearch.net. The blog post he shared inspired me to write this one.

It’s obvious that the Internet has made a huge impact on human civilization. Let me enumerate how it affected my career: 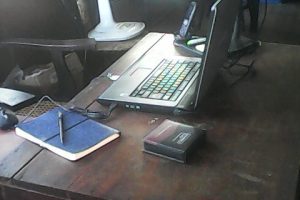 I’ve mentioned in previous blogs that I’ve worked for almost seven years in a large US-based BPO company. It was there that I’ve experienced working in an almost digital environment.

When I decided to work at home, I applied what I’ve learned which made my transition from corporate to home set-up easy.

Back in 2012, freelancing and independent contract work were starting to gain popularity. With websites like Upwork (formerly oDesk and Elance combined), OnlineJobs PH, PeoplePerHour, etc., freelancing has become more acceptable as the years go by. The Internet made me find full-time jobs as a freelancer.

With the heavy traffic and long commute that stress people everyday, we expect more people to shift from office work to work at home setup and/or freelancing soon.

What I liked about working from home is the freedom from the stress and pressure of an office environment. I got more sense of autonomy as I worked my way through my freelance writing business.

On the other hand, I still need to discipline myself to become more focused and efficient in order for me to succeed.

Freelance writing has made me free to choose the hours I want to work so much so that I’m no longer working 40 to 48 hours a week. But there are times that I am working almost 24/7 because of my passion.

There were clients that still follow the traditional 9 to 5 schedule that I was forced to follow their time zone. But there are newer clients that embrace the concept of flexibility regardless of their location or time zone.

One of the things I’ve learned from working in the BPO industry is transparency. And to achieve this, communication is the key.

The Internet has made communication easier and has expanded the media. Aside from email and websites, we now have SMS, chat, VOIP, streaming media, cloud storage, and the like. This has made the world smaller in terms of reaching people around the globe. 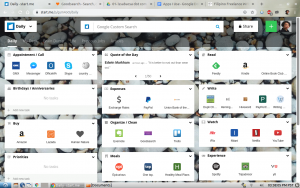 Working with clients located abroad would be challenging if there’s no Internet. Today, the Internet provides productivity tools that we can use to collaborate, allowing multiple people to work on a document at the same time.

The Internet has made it easier for me to enroll in courses I’m interested in. This can help me take my career to the next level as I thrive in the freelance community.

However, the Internet also has its own downside. While I work from home using it, I’m also aware of its dangers. In fact, working dependently on the Internet has a bigger risk now that there is so much going on online. Hackers and scammers can pose as prospective clients. That’s why I have to be my own first line of defense against cybercrime. I also need to have a working knowledge on how to detect threats and what to do if this happens.

Now that I’m already settled working from the comfort of my home, Internet connection (and electricity that runs it) have become my necessities. It is difficult for me to live without it because my livelihood depends on it.

How about you? Are you also dependent on the Internet?

RELATED ARTICLE: 9 Ways the Internet Has Changed the Workplace

Let me know how the Internet affected your life and career or tell me what you think of this article. Let me know, too, if I have missed anything, I’d appreciate your feedback. And if you like to read more about freelance writing, or productivity, please do subscribe to my quarterly newsletter and join the tribe.