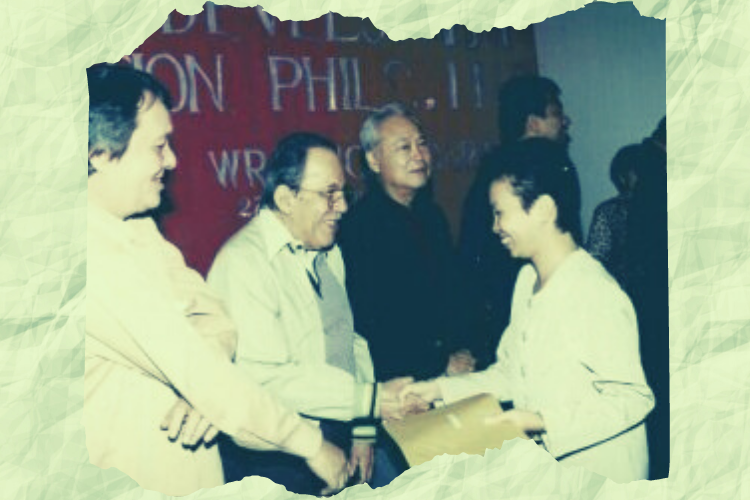 From Caduceus to Silver Linings Playbook

I dreamed of becoming a doctor when I was a kid. I imagined myself wearing a white uniform, a nameplate with a Caduceus insignia, and a stethoscope hanging on my shoulder.

After high school, I took up Medical Technology as my premed course. But something changed that and shifted my attention to creative writing. Yes, I was bitten by the writing bug during my graduation year. One day, a classmate saw me reading On Writing Well by William Zinsser instead of our Notes on Microbiology. That happened inside the old UST Main Library, Humanities Section. However, it took years before the great paradigm shift happened.

While managing a small clinic in Makati, I attended a Creative Writing workshop. At that time, a story which I titled Caduceus brewed in my mind. It was a story based on the medical profession, just like the TV series St. Elsewhere, ER, and Chicago Hope.

A year after that, I joined a scriptwriting workshop sponsored by the Film Development Foundation of the Philippines (FDFPI). To graduate in the workshop, everyone had to write a screenplay. So Caduceus became Sa Likod ng Puting Uniporme (Behind the White Uniform). After a little feedback from my mentor, Nestor U. Torre, I decided to enter the script in a screenwriting competition that same year. Fortunately, it became Finalist/Honorable Mention and got to meet the late National Artist and film director Eddie Romero. But Sa Likod ng Puting Uniporme never became a film.

Fast forward to 2013, a few months after I decided to become a freelance writer. While searching for writing assignments on a writing job website, I saw the words “movie review”. I got excited and I bid on the assignment for $10 for two pages. The assignment required me to watch Silver Linings Playbook which was the talked-about film at that time.

After submitting my work, the editor notified me that the assignment was for a nursing student. She requested me to revise the review and make it a term paper in Psychiatric Nursing using the APA format. Good thing I have a background in the medical sciences. The information came in handy.

But the two pages became five and I got disappointed. I’ll never go back to that writing job website again.

Since then, I no longer seek writing assignments on those content mill websites that cater to students. If I do, it is like allowing the student to get through education by cheating.

I still write movie reviews, but they’re on a separate blog.

I may not be practicing my two professions, but I am proud of my classmates and friends who made it there. I just hope that they are also proud of me in my chosen field. The admiration is just mutual.

Let me know what you think. Let me know, too, if I have missed anything, I’d appreciate your feedback. And if you like to read more about freelance writing, productivity, or creative writing, please do subscribe to my quarterly newsletter and join the tribe.

One thought on “From Caduceus to Silver Linings Playbook”