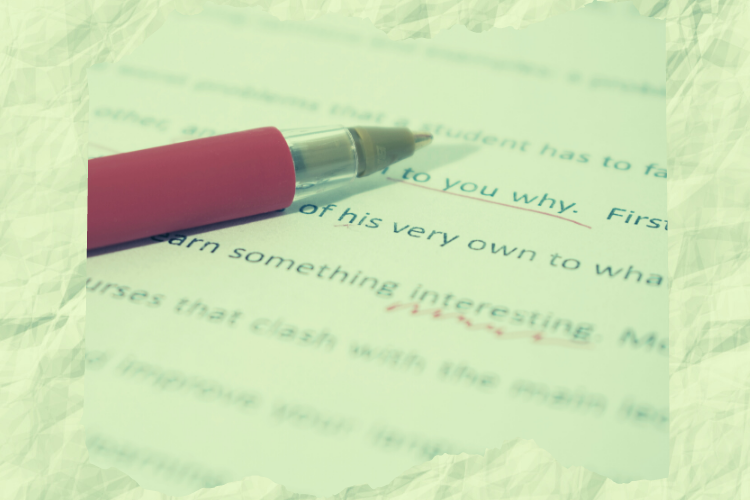 Common grammar mistakes could be just that, honest mistakes. But if done repeatedly, it could be pet peeves to others.

As a writer, being keen in observing correct spelling and usage of the English language, or even Filipino for that matter, not only shows how educated a person is, but also how someone respects the language. However, even educated men and women, those who have earned college degrees, commit these common grammar mistakes.

There are different reasons why people commit these common grammar mistakes. Among them are:

Below are explanations of each mistake and hoping that you’ll learn a lot from it.

Homophones are words that have the same pronunciation but different spellings and meanings. It’s easy to commit mistakes with homophones because we say the words as it is more often than writing it down.

I was reading an e-book recently and found some misspellings in it. I thought it was just a case of typographical error. But when I saw the misspelled word again, I felt uneasy. I began to think that the author failed to consult an editor for her e-book and published it online immediately.

For one, I do have respect for authors who diligently check their grammar and have editors to check it again before publishing. But then again, the e-book I was reading came from a free e-book site where most authors are amateurs in the publishing business.

For another, this is a good case of getting confused with homophones and other grammar rules. Here are some common homophones that confuse many.

In the picture, the girl needs to shed or lose a few pounds because her pants don’t fit her anymore or are no longer loose.

Actually, they don’t sound the same. It just happens that this pair is also confusing to some.

But when used with “of” as in “compliments of” it introduces a donor of a free gift.

Grammar is the difference between feeling your nuts and feeling you’re nuts.

Eggcorns are a particular type of language error. It is a word or phrase that sounds like and is mistakenly used in a seemingly logical or plausible way for another word or phrase.

It started probably as an unintentional misuse through the confusion with homophones that became repeatedly misused over time. The word “eggcorn” is a misheard word for “acorn” after all. But unlike, homophones, eggcorns involve replacing unfamiliar terms with much simpler everyday words.

For all intents and purposes

This phrase is used to say that one thing has the same effect or result as something else. For example, “Their decision to begin bombing was, for all intents and purposes, a declaration of war.“

The phrase could have started from the judiciary sometime in the 16th century. Back then there were moot courts, academic mock courts in which law students could try hypothetical cases for practice. Moot, as a term, was used as a synonym of debatable. But because the cases students tried in moot courts were simply academic exercises, the word acquired a second meaning. Now it means “deprived of practical significance; made abstract or purely academic.” Thus, the phrase “moot and academic”.

A new lease on life

This phrase means “a chance to continue living or to become successful or popular again”. It uses the word “lease” meaning a continuity or an opportunity to continue.

Contractions shorten spoken forms of word groups by omitting internal letters or sounds. They are formed from words that appear together in sequence such as “you are” and “do not”. Languages (not only English) have a number of contractions that use an apostrophe (‘) to show an omission of a letter, usually a vowel. These contractions are common in speech and informal writing.

Knowing how to differentiate these contractions and the words they’re often mistaken for, it will be easy for you to remember and not to commit the same mistakes again.

I typed “thanks” to a friend via chat and he replied “your welcome” when it should have been “you’re”.

Another common mistake is to interchange these two, and the reason is obvious: it’s confusing.

The first means “it is”. It doesn’t show any possession or ownership so the apostrophe is used. You can’t say “…the lion chases ‘it is’ prey…” so you don’t need an apostrophe. The prey belongs to the lion.

There, Their, and They’re

Another common mistake is to interchange these three.

To distinguish, “There” is an adverb that indicates location or what we commonly call “adverb of place”. It has two uses: (1) to denote a place and (2) to indicate that something exists.

“Their” is a possessive adjective that usually precedes a noun or a pronoun and indicates possession or ownership. “Our” can replace “their” in the sentence. Try replacing “their” with “our” and if it still makes sense, then you are using “their” correctly.

“They’re” is a contraction of “they are” and again, there’s no other use for it.

I left my bag over there. (The speaker indicates a certain location.)

There is something missing in my bag. (The speaker indicates that a thing that exists is missing.)

The guards will have to check their belongings. (“Their” is used to indicate possession of more than one person. )

They’re after me. (The speaker is referring to more than one person coming after him/her. The expanded form is “They are”.)

AutoCorrect is a text replacement or a replace-as-you-type function found on most word processing and text editing interfaces today. It is a part of a spell checker to correct misspellings to save the user’s time. Because smart devices already recognized its owner’s pattern of use, autocorrect automatically suggests words, inserts text or special characters on its own.

Because of this, we had changed the way we spell and type using our computers, tablets, and smartphones. It allows us to type quickly but sloppily. AutoCorrect gets it wrong particularly when writing jargon or in a different language.

We already unlearned arithmetic with the advent of the calculator and soon will forget how to spell with AutoCorrect. We had relied on it too much in favor of speed and convenience. And because of time constraints, we tend not to read our messages back before sending them.

“Oh, no! It must be the AutoCorrect function.”

Well, no. Let’s not blame the innocent technology. Blame ourselves for not taking the time to proofread. The misuse of AutoCorrect has become a staple for practical jokes on television, on social media, in school, and in the office.

To wrap this up, common grammar mistakes can be avoided if we are aware of the correct usage and immediately correct them as we see them. As writers, we cannot afford to commit any language errors because it could break our careers.

So I’m ending this piece with a quote from Benjamin Franklin.

When in doubt, don’t.

Let me know if I have missed anything, I’d appreciate your feedback. And if you like to read more about freelance writing, productivity, or creative writing, please do subscribe to my quarterly newsletter and join the tribe. Also, I now have a YouTube channel called Open Notes. Go check it out.